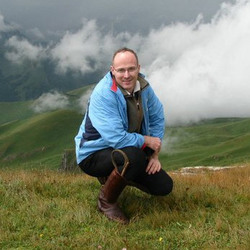 Taking a break from law over the summer, it was Michael's idea to ride halfway home from Russia to Transylvania. Michael had travelled widely in some of Russia's wildest places, including Kamchatka, Karachaev-Cherkessiya, not to mention Mozhaisk. Michael is raising money for the British Paralympic Association, the Paralympic Associations of Belorus, Romania, Russia and Ukraine, as well as the restoration appeal of Moscow's very own Gothic Anglican Church, St Andrew's Moscow. 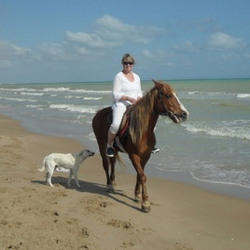 Hi, I'm a lawyer and still working. Regular albeit infrequent rider. I live in Kent with my husband and 2 children who both are currently at university. I'm looking forward to the odyssey but wondering whether an ageing body will cope! From Wales, now living in Kent, Michael's cousin.

Liz is raising money for her local hospice in Maidstone, Kent where she is a trustee-the Heart of Kent Hospice.

the Heart of Kent Hospice 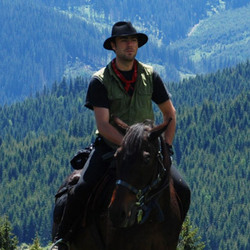 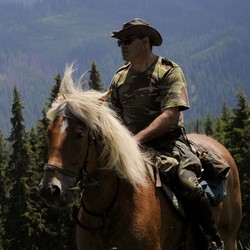 Highly experienced equestrian tourism guide and owner of the Calimani Mountain Rangers Equestrian Tourism Centre (www.turismecvestru.ro), one of the very first promoters of equestrian tourism in Romania and coordinator for Romania of World Horse Welfare projects. 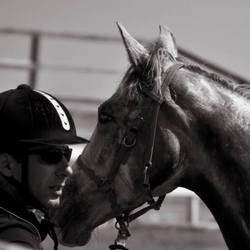 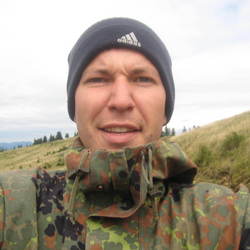 Andriy is the proud owner of Green Ukraine, www.green-ukraine.com, a Ukrainian travel company. Andriy knows Ukraine like the back of his hand and works as a private guide in English and Portuguese and arranges all manner of private trips for people all over Ukraine. 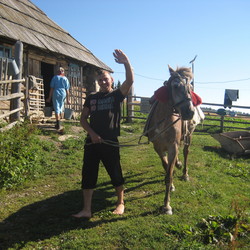 Slavik is a professional hunter, fisherman and what he doesn't know about horses, isn't worth knowing. When not hunting, fishing or working with horses, Slavik spends time with his wife and three lovely children. 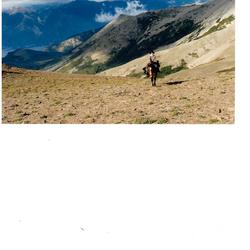 Michael's cousin. Here is a picture of me riding in the The Argentine. 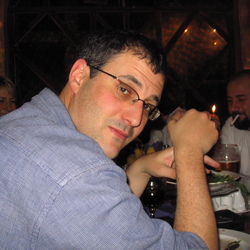 Having lived and worked worked in Russia since 1998 I joining Michael for 7 days on his ride from Moscow to Transylvania through Bukovina, Romania. A big motivation for me to go on this trip is to get back on a horse (which I haven't done for almost 30 years) and to "find" my Great-Grandfather (Jacob) who was born in a small village in Bukovina (Baisesti). Born in the 1880s he left home in his teens arriving in America near the turn of he century. I will probably be the first family member to visit his hometown since that time. In addition to the charities listed on this site, I have added and will also ride for Maria's Children based in Russia. 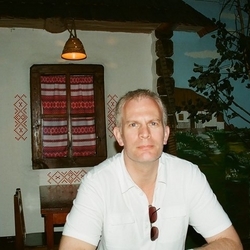 Brian Bellerose is a attorney from New York who has worked in Moscow, Brussels and Beijing. He is an avid traveler, hiker and lover of food. He has been to more than 70 countries. This is his first long distance horseback ride.